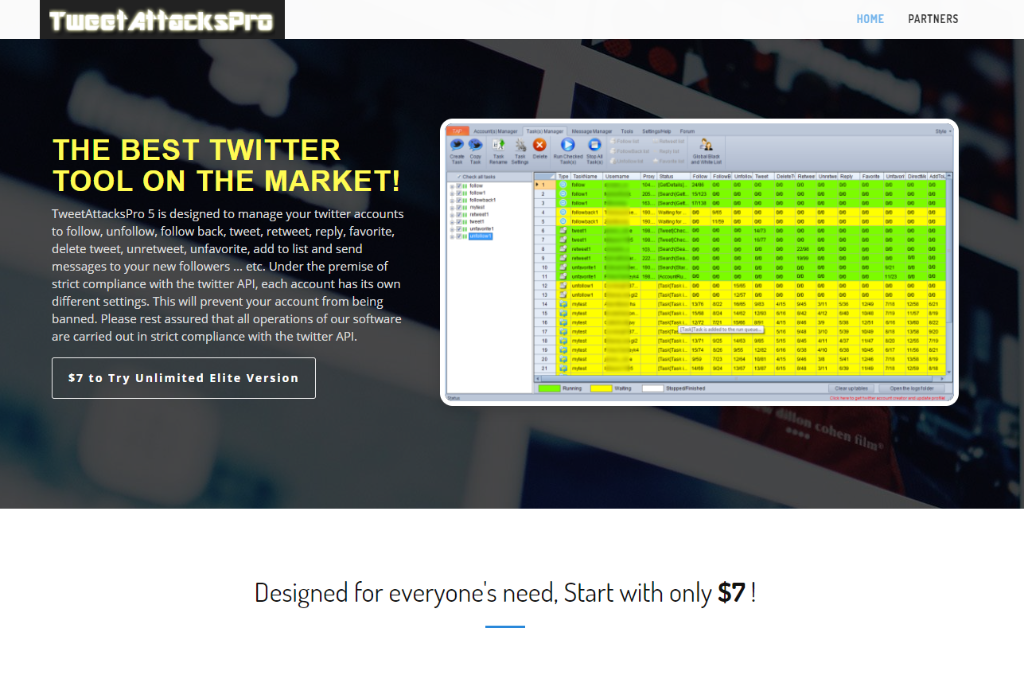 There is a never-ending push to build a huge following on Twitter and across social media. Twitter users feel that push and sometimes get desperate for followers because of the importance of having followers to grow.

This kind of desperation often results in the use of less than credible methods for Twitter growth. Due to these Black Hat methods, Twitter and other social media outlets have devised a plan to purge accounts of fake profiles and seek out users that are using bots.

If you have fake followers or use botting software to build your Twitter, your account is at risk. It is imperative that you know the difference between companies that use honest methods of engagement and those that use unscrupulous methods.

Buy beware! This service has been reported by users claiming to have been suspended and banned due to using this service.

Let’s continue and talk about the features and pricing.

You can also add to list and send messages to your new followers. They say it all happens without Twitter getting suspicious about your account, which is not true since there are reports of users getting suspended from Twitter on their TrustPilot page, here.

They say they have a plan to fit everyone’s needs and that they aren’t limited by Twitter’s API because they don’t use it. Here are the main packages.

Is Tweet Attacks Pro Safe? Is It a Scam?

While these services like Tweet Attacks Pro are appealing on the surface, it’s actually an automation botting service known for getting accounts banned.

You need to beware of this method of Twitter growth since it is against the Twitter terms of service and they are always scanning their system for offenders.

Now that that’s out of the way, here are the pros and cons of this website.

I cannot deem any botting service as safe to use. I don’t recommend this service. The other reviews I have seen concur with my assessment and reports this site as a high-risk service.

There is also a RipOff Report online regarding this service here.

I rarely recommend the use of botting services, and Tweet Attacks Pro openly admits to being a bot on their website.

I have tried to contact Tweet Attacks Pro for an exclusive coupon or discount code but has been unsuccessful so far. Have you found a working coupon? If you have, please share it below.

Important: Do you represent this company?

Do you disagree with my review? Sometimes I do make mistakes. Comment below & let me know what’s factually incorrect and I’ll rectify it as soon as possible.