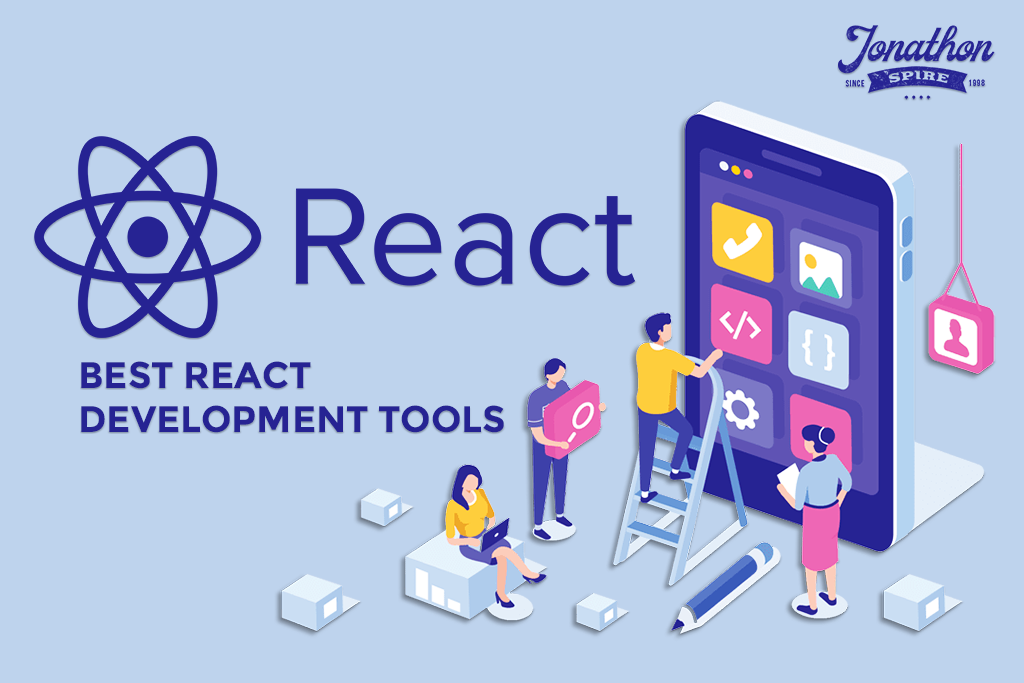 Reactjs is a JavaScript-based UI library that is used for front-end web and mobile app development.

Front-end web development is becoming a modular, component-driven, and organized activity with the passage of time. React Native makes coding a faster and easier process.

Besides this, it also helps in designing visually appealing user interfaces.

As React Native is providing massive success to development platforms and firms; therefore, find out from this post which are the topmost React development tools in 2023.

Before this, also learn briefly about what Reactjs is and what is its function.

React Native: What Is It & Why Is It Used?

Launched in 2015 by Facebook, React Native is an open-source, JS-based framework with cross-platform ability. It enables coders to use JavaScript for front-end development.

With Reactjs, you can create reusable components which are independent of each other. Virtual DOM is another fabulous feature of Reactjs that allows developers to implement SSR without updating the view every time while an update is happening.

Reactjs can be used on the client-side. Besides this, it also facilitates easy navigation.

Below are the benefits of using Reactjs:

To capitalise on these benefits, businesses are now looking to hire Reactjs developers taking into consideration the availability of developers and the cost of hiring them.

Below is a list of 7 popular tools that can come in handy for React developers.

A topmost next-gen developer tool, bit is a component-driven tool for development. It can help in the development and sharing of individual React components. Each of its components can be used to design different apps.

Its OSS tool is lightweight and aids in the making of components.

This helps in establishing an interactive environment for React developers when they are coding and designing web and mobile apps.

The boilerplate of React Slingshot is known to help create the development environment swiftly which is a boon for developers.

React Boilerplate is a great tool as it offers an excellent infrastructural library for all kinds of projects. It is often referred to as a starter kit that helps in setting up the development environment for swift development.

Based upon the next-gen JavaScript, React Boilerplate is considered a fantastic React dev tool because it also facilitates offline development.

React Studio can help with the visual creation of the React app. You can also build components visually or via coding and use them interchangeably.

The app flow is determined on the basis of the design flow. The built-in localisation feature comes in handy to add app localisations.

React Studio is regarded as the extra developer in the team. Available in both free and paid versions, the React Studio offers smart version control integration via Git branches.

You can use built-in drawing tools, import from sketch, and drag-and-drop web app creation with real React components. Building interface compatibility is easy with an integrated plugin editor using an API verifier.

It allows the creation of desktop apps via React syntax across all platforms. It has the same syntax and components like React Native and works with all React libraries like Redux, etc.

It is compatible with all usual Node.js packages and doesn’t require Electron to function. Proton Native does all that Electron does but uses native tools of smaller size and lesser resources.

Redux is another essential React dev tool and is mostly utilized in JS state containers. Redux is best suited for developing complex apps.

Redux helps in debugging codes, live testing, and a lot more. All you have to do is install the Redux toolkit and you can get started with the Redux logic of your development project.

This is a set of React components that are used to implement Google Material Design specifications. Built with CSS Modules, Webpack, and ES6, React Toolbox is based on the principles of some of the most common front-end technologies.

It offers a live background that allows developers to check how the live apps will appear after its components are assembled together.

Its library can integrate well with the Webpack workflow. Overall, it is easy to customize and is extensively flexible to use.

React comprises a rich ecosystem of dev tools. In this blog, you came across the most useful Reactjs dev tools that are going to be useful in the upcoming days.

There are plenty of opportunities in this field and there is no dearth of React developers. You can hire Reactjs developers from India as well.

Developers can get help with handy documentation tools, customizable charts & graphics tools, and a lot more when working with Reactjs.

So, you can utilise development tools as per your project requirements and make the most of Reactjs.