Opportunities and Challenges for Locals from Cannabis Legalization 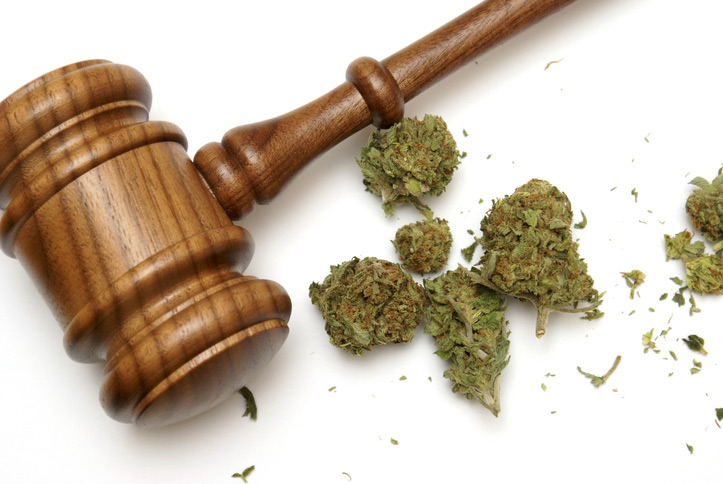 Cannabis is becoming even bigger with the legalization of adult-use weed in 18 states. Several things have emerged that make stakeholders think about how to make things better in an industry with enormous growth projections.

Legalization had some states listing canna dispensaries as essential services during the COVID-19 lockdown, enabling organizations such as Green Earth Collective to do deliveries to users within their states. What more are we looking at as a result of weed legalization?

These are some of the merits of weed legalization. The benefits to society are immense when the people are economically empowered. In the past, members of the Emerald Triangle in the US mentioned doing things for the community without waiting for the government to act.

They repaired feeder roads, improved classes at local schools, and made it easier for the community to earn an income through job openings. Most of them do not have access to financing as federal criminalization means weed is still frowned upon in many formal settings, but they have done so much with the little they have. It means much more could be done if they had more to work with and give.

All these are good for the economic growth of an area, and they could even boost the property values since amenities get better. The money generated from taxes boosts park security and other areas that make a county desirable for raising families.

A 2021 estimate stated that states that have legalized marijuana made at $3.7 billion in tax in that year. Here’s a breakdown of the taxes from adult-use per state:

The figures keep jumping each year, meaning there is more to make in the business. This money goes towards developing these states in education, security, research on cannabis, creation of jobs, and many other issues that used to compete for other resources. These taxes from new streams could probably reduce property tax rates that have strangled homeowners for years.

One of the complaints coming from weed farmers, especially in California, is the rate of tax they have to pay as well as permits and licenses. The fees exceed the provision of state entities, which eats into their profits and paves the way for larger corporates with deeper pockets.

While state authorities can salivate at the potential tax revenue, they also need to regulate things correctly, so they don’t choke the same farmers that make this additional stream of income work.

The stigma around cannabis has led to most people believing it to be an evil product. People caught for possession of negligible amounts of weed in states that are yet to legalize the herb are jailed or made to face the law while they could be let off with a warning.

Enough cases are in courts at the expense of the people, while they really didn’t deserve that time. The same happens with all the people serving sentences and spending taxpayers’ money on misdemeanors. States are beginning to soften their stance on such matters, and more legalization by the feds could lead to even better ways of tackling these minor legal issues.

Because the system is known for racial discrimination, black people are three times more likely to be arrested for possession of marijuana than white people, even though they use it at similar rates.

When arrested, one is expected to get bail money and representation, which will show in their records. Studies have shown that those likely to be arrested are already economically encumbered, so adding this to their already full plate makes matters worse for them financially.

Legalization is creating some form of justice as people are beginning to be treated equally. There is more to be done, naturally, but adult-use legalization removes the target from people of color and gives them a fair fighting chance.

Some of the challenges facing the marijuana business are:

Some growers in California cited inconsistency in regulations between the county, regional, and state entities. Growers in other regions seem to be struggling with these issues too, where the officials cannot seem to speak the same language.

It makes it hard for someone starting a business to be compliant when they keep getting contradictory messages from those taxed with making the rules.

Legacy growers have been complaining about excessive taxation and costs that undermine their gains. Establishing a moderate farming facility could cost as much as $1 million, and farmers still have to market their products and find ways to get them to weed dispensaries.

They do not get funding from financial institutions because of the federal regulations, so they have to get their investment and loans from private investors with punitive interest rates.

Cannabis farming is delicate, and so one has to pay it a lot of attention, meaning farmers hardly get to do anything else if they are watching their crop like hawks. If they have to pay double the rates, other agricultural entrepreneurs pay in taxes while getting none of the incentives – such as subsidies – cannabis farmers will get overwhelmed, as they have in some states.

Tracks of land are not just there waiting for weed farmers to start their thing, so we can expect some trees to be felled to make way for growth. Tree cutting leads to a loss of carbon sinks in an already compromised climate situation. There is also the issue of wetlands that could be ruined if too much clearing is done to make space for cannabis farming.

As this form of farming is water-intensive, watersheds are threatened and compromised since this resource is also vital for humans and industries. So, while cannabis farming has its numerous benefits, the costs involved are also extensive.

The world is doing so much better with the handling of weed, but there is still so much to do. It hasn’t been too long since states started legalizing adult-use marijuana and we started having weed delivery, but this doesn’t mean it should take a decade to get the regulations right. The benefits are immense and could even get better if the hurdles were addressed.