5 Children’s Books You Should Re-Read as an Adult 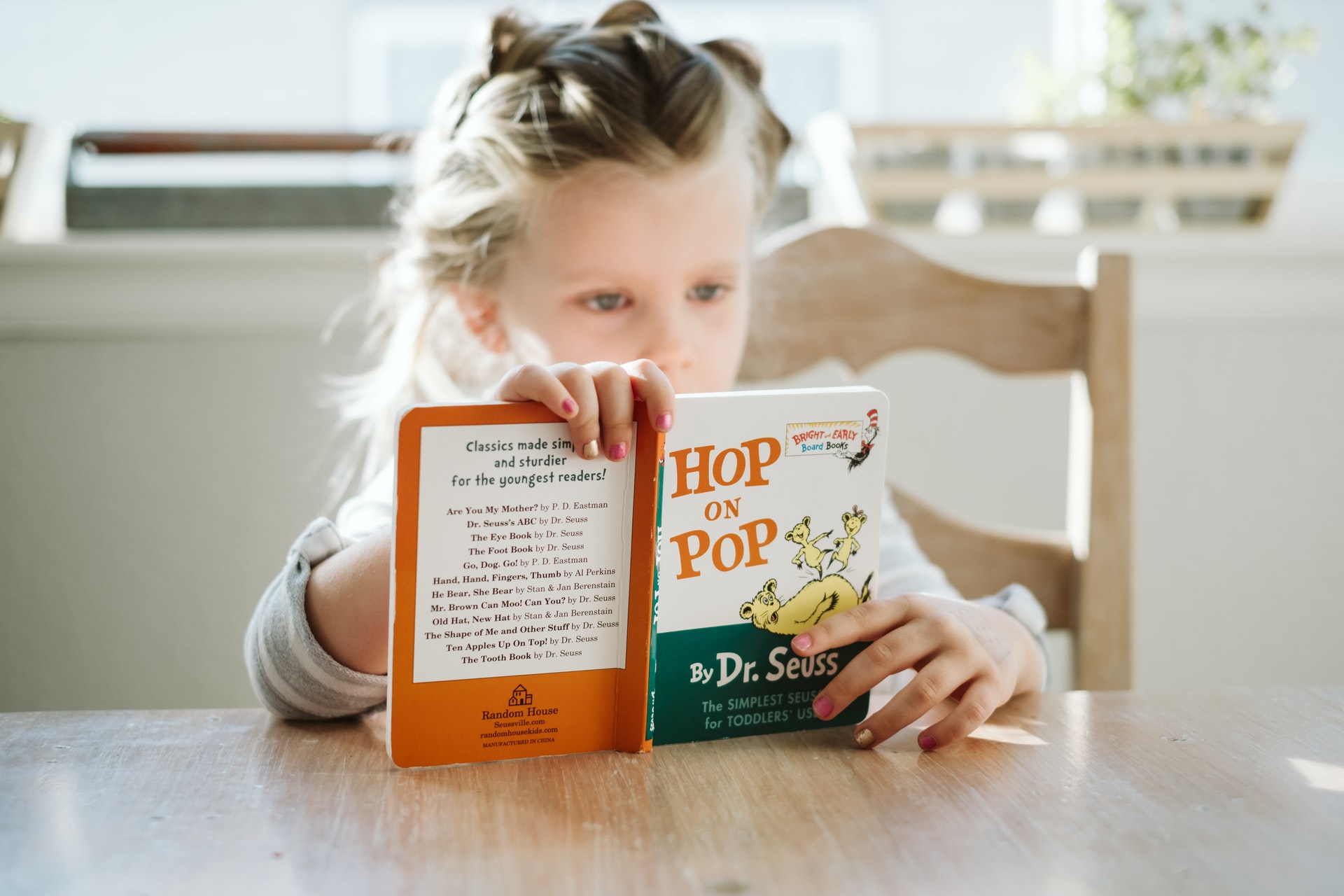 Before the advent of the internet, books were a very big part of our lives, especially as children.

When there was no internet to provide an endless stream of content to distract us from our repetitive school days, books fulfilled a need for escape and adventure.

On rainy days when one couldn’t even go out to play, a good book was the only way to break the tedium of being shut indoors.

But the books we read as children came to us where we were, and we consumed them with an innocence that would not often penetrate the complex themes that lay within the text, not consciously, anyway. However, they did stick somewhere.

To truly apprehend the gravity of what children’s stories can do, it’s worth revisiting some of these books in adulthood, or near adulthood.

To help you set off on this nostalgia-ridden path, we’ve compiled a list of evergreen children’s books that you’ll remember from elementary school.

These are worth reading once again, just to find out what you missed when you were too young to understand.

And if you’re still having trouble with the themes (they’re extremely nuanced sometimes), there are a number of resources like Sweetstudy’s literature guide that can help you read between the lines.

Contents show
1) The Little Prince
2) The Velveteen Rabbit
3) Alice in Wonderland
4) Huckleberry Finn
5) Heidi
6) There Are Many Wonderful Books That Children Enjoy, but Adults Might Enjoy Them Too
6.1) Ella Marcotte
6.2) Related

The Little Prince is a true classic that has been translated into over 250 languages and sold over 140 million copies.

Written by French pilot Antoine de Saint-Exupéry in 1943, the tale tells the story of a pilot who crashed in the desert.

Here, he encounters a little prince who fell to Earth from an asteroid. It’s one of the most widely read books in history—and for good reason.

The book is beautifully illustrated and introduces readers to thought-provoking ideas about friendship, love, and life.

As you learn more about the world through the eyes of The Little Prince, you’ll find yourself contemplating your friendships and examining what truly matters in life.

But there’s more to it; The Little Prince is a book that speaks metaphorically of the horrors of the First World War, it deals with complex emotions, it deals with infidelity, and a man’s struggle to understand what it means to love.

Some things you might have missed as a child and therefore worth re-reading.

This children’s book is worth reading no matter your age—it will make you laugh, cry, think and wonder about the world around you.

The Velveteen Rabbit is a classic story of love and magic. The book follows the journey of a toy rabbit who strives to become real through his love for the child he belongs to.

Written in 1922 by Margery Williams, it has been a children’s favorite for over 90 years.

The magical quality of this tale resides in its ability to grab both children and adults alike with its timeless message: that love makes us real, whatever form it takes.

Related:  Top Ways You Can Save Some Cash For The Future

While some complex literary stories might be hard to enjoy as an adult or seem dated because they’re over 100 years old, this book retains its charm and poignancy no matter how old you are.

There are no references to technology or current events to distract from the age-old lesson at the heart of this story: that our relationships with others determine our value, and not by what we own or what we do.

With every rereading, you’ll be reminded of these simple truths—while also enjoying some beautiful illustrations!

This classic children’s book is about a young girl named Alice who falls down a rabbit hole and finds herself in the mad world of Wonderland.

It’s one of the most beloved children’s books ever produced, but it can also be appreciated by adults who are interested in satire or fairy tales.

Written by Lewis Carroll (the pseudonym of Charles Lutwidge Dodgson) in 1865, “Alice’s Adventures in Wonderland” has been adapted into countless plays, movies, and TV shows over the years.

What you might have missed as a child, other than the obscure references to the Victorian Era that are beyond all of us that don’t study history as a profession, is the sheer absurdity that Alice in Wonderland brings with it.

In the days before the surrealist and absurdist art movements, Alice in Wonderland was a tale that made very little sense and managed to captivate its readers nonetheless.

To appreciate the sheer chaos Dodgson sewed into his most famous text warrants a re-read no matter what your age.

You’d catch references to mathematical problems of the time, society’s views on insanity and monarchy, and much more if you were to revisit this one as a grown-up.

“The Adventures of Huckleberry Finn,” written by Mark Twain and published in 1884, is an American classic.

The novel follows the adventures of Huckleberry Finn as he drifts down the Mississippi River on a raft, attempting to escape an abusive father who would rather he weren’t educated.

Along the way, Huck fights off bandits and has many exciting adventures.

Huckleberry Finn also has a cameo from Tom Sawyer. And these boyhood friends are both from the fictional town of St. Petersburg, Missouri.

Huck’s father is a violent drunkard who abuses him, so he runs away to live in a cabin in the woods. Tom Sawyer lives with his aunt Sally and uncle Silas, both well-off members of society who are caring toward their nephew.

The boys’ river adventure is also helped along when Huck disguises himself as “Tom Sawyer’s sister.”

This includes dressing up as a girl—a hilarious disguise that teaches us that gender norms are just that: norms!

These are just some things you might have remembered from your childhood reading, but the meat of Huck Finn was the story of Huck’s escape with the runaway slave Jim.

You see, Huckleberry Finn was the story of a young white boy coming to terms with the horrifying reality of racism in the deep South.

Related:  Approaching Red Planet: How Far Is Mars From Earth?

Huck Finn rarely understands what slavery is as a white child. He only knows that it is something that happens. Traveling down the Mississippi on the raft with Jim, Huck learns of the struggle that is life as a black man in pre-abolition America and begins to question the very rubric of North American society.

Finally on our list is Johanna Spyri’s 1880 story, Heidi. If you love the outdoors and miss a connection to nature, this book will be a good read.

The story follows a young girl, Heidi, who lives with her grandfather in the Swiss Alps.

Though some townspeople think her grandfather is crazy for living in such an isolated place, they soon come to see that his lifestyle has its merits after all.

This classic children’s book captures the magic of nature and reminds us of the value of slowness and quiet in our lives.

There’s also Heidi’s story arc, where she visits Frankfurt and begins living with an upper-class girl named Clara, living and studying with her.

And then, Heidi is left to struggle with her jealousy towards Clara who has had everything given to her, despite her disability.

Conflicts occur, and Heidi finds that she has a dark side. It is the nuanced portrayal of young girls that stands out about Heidi and calls for a reread as an adult.

There Are Many Wonderful Books That Children Enjoy, but Adults Might Enjoy Them Too

You may not realize it, but there is a special magic to children’s books that makes them worthy of more than one read.

Some of these childhood favorites have made their way into the educational curriculum, and it’s not hard to see why.

Some books are far more complex than they first appear, and can be enjoyed again and again throughout life.

When you look at them through new eyes, you’ll find yourself thinking about the themes in an entirely different way.

We’ve listed a few books to set off your reading journey down the memory lane, and these books are short, so you’ll most likely find the time in your busy life as an adult to dip into them at a moment’s notice.

If time’s short, there are always literature summaries online that you can refer to.

But even with the summaries and well-written ones at that, we’d still urge you to go back and look at the original texts (you might have read abridged or censored versions as a child!) to find what you missed in more innocent days.